WASHINGTON — When it comes to decrying the concept of “vaccine passports,” conservatives have company. The idea’s detractors now include certain business owners, who fear customer backlash and the hassle or danger of enforcing the policy, and even prominent public health advocates, too. The proof-of-vaccine concept is gaining traction in […]

WASHINGTON — When it comes to decrying the concept of “vaccine passports,” conservatives have company. The idea’s detractors now include certain business owners, who fear customer backlash and the hassle or danger of enforcing the policy, and even prominent public health advocates, too.

The proof-of-vaccine concept is gaining traction in some circles globally and within the U.S., including among some professional sports teams, a major university, and highly vaccinated countries like Israel. In New York and Hawaii, among other states, governors have pitched the idea as a means of returning to normal life.

But the concept represents a “slippery slope,” said Georges Benjamin, the executive director of the American Public Health Association — one that could politicize the vaccine rollout, make health inequities worse, and even lull vaccinated people into a false sense of security.

“It’s impractical,” Benjamin said in an interview. “This is a nation that does not allow a national identity card. Getting compliance is going to be hard, and I think it leads to politicization. I would like to avoid that.”

The widespread resistance could doom the concept of a vaccine pass before there’s any real attempt to implement it. Already, several business coalitions have expressed relief that the federal government won’t attempt any national system, and suggested most of the companies they represent won’t pursue the idea either.

“We’re grateful to learn that there will not be a national mandated verification program,” Audrey Schaefer, the head of communications at the National Independent Venues Association, which represents local performance spaces across the country, said in an email. “While vaccine verification is the hot topic, we have questions and concerns surrounding the effectiveness of only implementing verification at live events and not other businesses where people gather; the cost implications for small businesses; and equitable access and ethical issues surrounding such programs.”

The opposition to a proof-of-vaccination system, even if it’s not run by any government and is only for voluntary activities like sports games or dining out, is reminiscent of one of the country’s largest pandemic failures: The politicization of wearing masks. The early resistance to a vaccine-passport scheme, though, appears even more intense, and its sources more diverse. According to public health and ethics experts, the morality of requiring vaccination to enter a concert hall or stadium is also significantly more fraught.

The pushback also illustrates the unlikelihood of a quick transition to post-pandemic life. Given the outcry, the concept of widespread “vaccinated-only” policies at movie theaters or restaurants seems increasingly far-fetched, even in cities and states where most adults are vaccinated. Many local governments haven’t taken a stance or have indicated they’ll leave the decision to businesses — and in many cases, businesses have expressed little interest in becoming vaccine enforcers.

Resistance to the concept of vaccine passports is nothing new. But it quickly intensified this week after the Washington Post reported the federal government was working on a program to set standards for potential proof-of-vaccine programs around the country (but, the story stressed, not pursuing a federal vaccine passport program).

The report nonetheless caused anger on Capitol Hill and among Republican governors, who have long cast the idea as a threat to freedom, regardless of whether it’s implemented by a government or by a business.

Businesses and public health advocates writing off the idea, however, may be more telling than any individual lawmaker’s objection.

Many businesses are worried about the impracticality of enforcing a vaccination requirement, particularly at theaters, concert halls, restaurants, hair salons, and any other business that relies on indoor gatherings. Doing so, some said, could alienate some customers, hurt revenue, and even lead to safety concerns.

“With some of the mask mandates, businesses had to increase security,” said Xiomara Peña, the vice president for engagement at Small Business Majority, a nonpartisan, business-focused advocacy group. “That was a little bit easier to enforce. But how could this impact the bottom line of businesses, ultimately, I think it’s still to be determined.”

Many public health experts have also expressed ambivalence or outright opposition, though their reasoning is usually different.

Asking for proof of vaccination could politicize the immunization effort more broadly, Benjamin said, even if the people requiring it aren’t government officials. He and others have also argued the system could also worsen racial and economic gaps in who has received shots so far, further punishing people for being unable to access vaccines.

Benjamin’s chief worry, however, was neither ethical nor political.

“The biggest concern I have is a false sense of security,” Benjamin said. Given the fragmented vaccination rollout, remaining unknowns about real-world vaccine efficacy, and their protectiveness against new viral variants, he argued that allowing vaccinated people to gather without distancing or masks could backfire.

While public health experts and business owners’ response has been tepid, most Republicans’ has been incandescent, even for proposals limited to individual businesses.

In Washington, lawmakers including Rep. Jim Jordan (Ohio) and Sen. Tom Cotton (Ark.) have cast the idea as a basic threat to liberty, and described the idea, among other terms, as “Orwellian.” Rep. Marjorie Taylor Green (R-Ga.), a known conspiracist who has referred to vaccine passports as “the mark of the beast,” introduced legislation this week banning passports and prohibiting any school or business that requires a vaccine, or even a mask, from receiving federal funds.

With a Democratic president and Democrat-controlled Congress, individual GOP lawmakers have little power to prevent vaccine-passport systems from being implemented. But the same might not be true for Republican governors.

Gov. Ron DeSantis of Florida said this week that he would soon attempt to issue an emergency ban on businesses requiring proof of vaccination, and that he would urge the GOP-controlled legislature to enact a more permanent prohibition. Gov. Kristi Noem of South Dakota called the proposals “un-American.”

Taken together, resistance from state governments and from the businesses who’d have to enforce the requirements present a major obstacle to the proposal, which has generated enthusiasm in other countries even amid American opposition.

The most-cited international success story is Israel, where 58% of citizens have gotten at least one vaccine dose. There, a “green pass” system allows people the chance to use public swimming pools and enter concert venues once they show proof of vaccination, or that they’ve recovered from Covid-19.

Comparable efforts in the U.S., though, have been rare. New York’s “Excelsior Pass,” a voluntary phone-based program developed with IBM, has allowed some venues to request proof of immunization or a recent negative Covid-19 test.

A handful of baseball teams, including the New York Mets, New York Yankees, and San Francisco Giants, will require proof of vaccination or proof of a recent negative coronavirus test to enter their stadiums, which are operating at sharply limited capacities. Other teams, like the NBA’s Miami Heat, now sell tickets to voluntary vaccinated-only sections, where mask use is still required but social distancing rules are relaxed.

Rutgers University, the largest public college in New Jersey, also recently announced it would require all its students to be vaccinated as a condition of enrollment beginning in September.

Those examples, though, are the exception, not the rule. Rutgers stands alone among universities in its future vaccine requirement, and large majorities of professional basketball and baseball teams have no restrictions in place beyond requiring masks and limiting capacity.

Most sports leagues’ lack of interest in a testing or vaccine requirement mirrors the broader tone throughout the U.S., where polling shows the public is almost evenly split on the issue.

President Biden has not spoken to the issue publicly. Nor has the White House, with one exception: A rush to distance itself from any vaccine-passport campaign, and stress that any federal effort would focus only on creating guidelines for businesses and localities, not actually implementing a vaccine-passport system.

“We expect …. a vaccine passport, or whatever you want to call it, will be driven by the private sector,” Jen Psaki, the White House press secretary, said at a recent briefing. “There will be no centralized, universal federal vaccinations database and no federal mandate requiring everyone to obtain a single vaccination credential.” 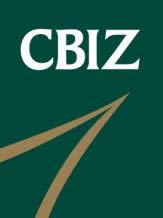