In a split screen experience only a policy wonk could love, Gov. Jim Justice talked up his big tax plan with a hand-picked group of business leaders at the very same time the House Finance Committee considered and passed an alternate income tax cut proposal. Both groups gathered at 4 […]

In a split screen experience only a policy wonk could love, Gov. Jim Justice talked up his big tax plan with a hand-picked group of business leaders at the very same time the House Finance Committee considered and passed an alternate income tax cut proposal.

Both groups gathered at 4 p.m. to consider plans with the same overall goal of an income tax cut, but somehow have wound up diametrically opposed.

Today was Day 41 of the 60-day legislative session.

The executive branch and legislative branch have fewer than 20 days now to get in synch or not.

“If you’re dug in or not dug in, I would say get a life. It’s not my job to be dug in. It’s my job to represent the people’s wishes,” Justice said.

“From my standpoint, where I’m at, I’m kind of sitting back and I’m really trying to evaluate. But I’m waiting on the Legislature to get this philosophy of maybe, crustiness.”

Delegates have been openly critical of Justice’s proposal in recent days, expressing concern about the sales taxes that would be increased and broadened to make up for the sharp income tax cut.

“I don’t think the governor has the votes in the House,” Delegate John Williams, D-Monongalia, said on WAJR Radio. “I think a lot of Republicans have made that clear.”

The House proposal would establish a “personal income tax reduction fund,” allowing tax rates to be reduced when the fund reaches a set threshold.

“This is a legitimate way of doing it in a prudent manner. It does it in a manner that’s not going to break the budget, it’s not going to raise any taxes and it keeps the size of government within its role.”

Delegate Matthew Rohrbach, R-Cabell, agreed: “This is a bill I think we can all get behind.”

The bill was just introduced today to the committee, so it wasn’t yet available for public review. Some delegates expressed concerns there also was no fiscal note to allow review of possible financial effects.

“Of the tax proposals I’ve seen so far this year, this one is somewhat palatable. I may well embrace this tightly when it gets to the floor,” said Delegate Brent Boggs, D-Braxton.

“I would like to see the fiscal note before I make a personal commitment to what we’re going to do. I just have a real concern about jumping until we know there’s a net below us.”

Justice, at the same time, was casting his plan as can’t-miss.

Justice gathered at the state Culture Center with lobbyists, car dealership owners, broadband providers, past and present political figures and some county commissioners.

Two who offered support were former Justice political foes — former Senate President Bill Cole, a Republican who Justice defeated in 2016 when he was running as a Democrat, and former Commerce Secretary Woody Thrasher, who was forced out of that job and then attempted to primary Justice as a Republican last year.

“Thank you, Bill, for pointing out that both of us got whipped by the governor,” Thrasher said.

Cole, a Bluefield car dealership owner, said he was disappointed to see the West Virginia Chamber of Commerce and the West Virginia Business and Industry Council push back against the plan. He said those concerns could be dealt with in the legislative process. Those groups actually expressed their concerns to the Legislature for that very reason.

Thrasher, who owns an engineering company, said parochial interests have prevented the state from thinking big.

“In that really short-sighted narrow view, there’s going to be reaction: ‘Oh my gosh, we’re going to have to pay more,” Thrasher said.

Justice has made a big push to cut West Virginia’s personal income tax by 60 percent, while making up most of tax base with a variety of increases.

An outline of the governor’s plan estimates initial personal income tax reductions totaling $1,035,650,000 and rebates totaling $52 million for lower-income residents — but also tax increases of $902,600,000 to make up for most of those breaks.

The proposal would also raise a variety of other taxes, including on soft drinks, tobacco, beer and wine. And Justice proposes taxing some professional services for the first time, including law offices, accountants, gyms and more. He also advocates a “luxury tax” on some items costing more than $5,000. And he proposes sliding scales for severance taxes for coal, oil and natural gas, paying more when markets are better.

Justice told those who surrounded him that supporting the plan takes real courage.

The governor said, “You can’t let these people hold you down. And if they do, absolutely, you cannot look at these patriots that are right around this table and blame any of us. You’ve got to show them, West Virginia, that you’re not going to let a bunch of out-of-state special interests run your life.”

Right after that, the conversation with the governor recognized the comments from lobbyists for big power companies.

Wed Mar 24 , 2021
SALT LAKE CITY — As businesses try to recover from the pandemic, some in the Granary District of Salt Lake City are concerned with recent developments at a city-owned building and area known as “Fleet Block.” The building has been painted by community members over the past year to memorialize […] 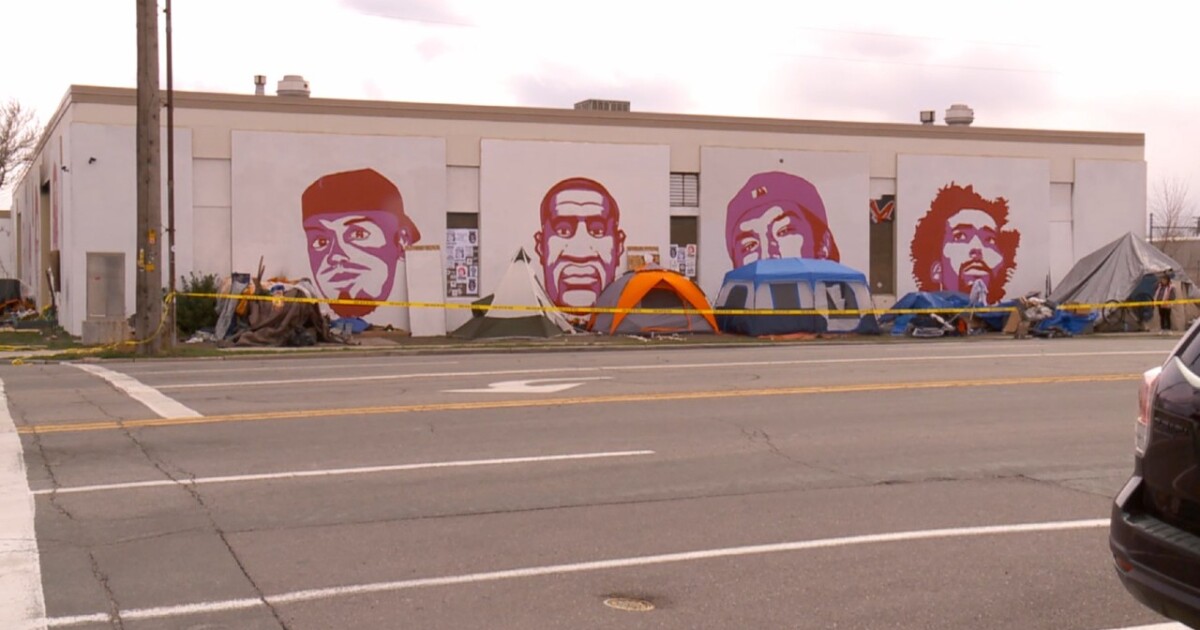