As the April 6 Colorado Spring City Council election nears, several candidates have out-fundraised their competition by thousands of dollars, and the community’s largest campaign donors have picked their favorites. In some cases, donations from local political action committees and large donors went to the top fundraising candidates, but not […]

As the April 6 Colorado Spring City Council election nears, several candidates have out-fundraised their competition by thousands of dollars, and the community’s largest campaign donors have picked their favorites.

In some cases, donations from local political action committees and large donors went to the top fundraising candidates, but not uniformly. Those contributions came from the Housing and Building Association’s Political Action Committee, Colorado Springs Firefighters Local 5’s political action committee, Nor’wood Development Group, Classic Homes and other individual developers, among other donors.

Campaign finance records also illustrated some discord on the council, with Councilman Bill Murray buying advertising on behalf of Dave Noblitt, who is challenging incumbent Councilman David Geislinger in the District 2 race.

The six district seats on council are up for election this spring, and the races have drawn 21 candidates. Voters will select a candidate from their district on the ballot. The three at-large council seats are not up for election.

Across the districts, Council President Richard Skorman in District 3, Councilwoman Yolanda Avila in District 4 and Nancy Henjum in District 5 were leading with the most cash available March 10, ahead of the final big campaign push, the most recent city finance records show.

In the other three races, David Donelson in District 1, Councilman David Geislinger in District 2 and Mike O’Malley in District 6 were leading the competition.

The Housing and Building Association’s political action committee was among the most generous donors in this election, donating $25,000 in $5,000 sums to candidates in five of the six races.

The association doesn’t necessarily back the most conservative candidates, he said. Rather it looks for those who “truly do understand our desire to keep housing attainability at the forefront of all discussions.” Those who receive and accept an endorsement from the association are offered a campaign contribution, Campbell said.

The local firefighters association backed several candidates it expects to make public safety a priority, said President Curt Crumb. All of the endorsements issued by the association are approved by a vote of the members, he said.

“We get involved for a myriad of reasons, not just a financial one,” Crumb said.

This year the association made a $5,000 donation to Noblitt, former president of the firefighters, Crumb said. It was the largest Crumb could remember.

“We are going to support our own,” he said.

Noblitt is the former president of Colorado Springs local 5 and expects to retire from the fire department if elected.

He also received aid from current city Councilman Murray, who purchased $668 in advertising on Noblitt’s behalf.

A resident of District 2, Murray said he was concerned with a number of Geislinger’s decisions, including his vote to lower the amount of parkland that developers must set aside when they build new homes.

“That reduction will cost us in quality of life through the entire history of the city,” Murray said.

Former lawyer and hospital chaplain Geislinger said previously that the former parkland dedication requirement could have opened the city up to a lawsuit.

Geislinger was leading his competition with about $12,000 on hand in mid-March, drawing contributions from the development community. Those include $3,000 from Classic Land Development, $5,000 from Housing and Building Association’s committee and $5,000 from Nor’wood Development, campaign finance reports show. Classic and Nor’wood are among the largest developers in town.

Helms, a retired Air Force colonel, trailed not far behind, with about $9,000 cash on hand. He received a $5,000 donation from developer Gary Erickson, who is developing Polaris Point and Copper Ridge in northern Colorado Springs.

Candidate Jay Inman, a digital architect for Microsoft, had about $1,800 on hand.

In District 1, Jim Mason, a retired Army colonel, received financial blessing from the building community with $5,000 from Nor’wood and $5,000 from the Housing and Building Association’s committee.

But Donelson, a former Green Beret and retired physician assistant, had more cash on hand in the middle of March, with $12,000 compared to Mason’s about $6,700.

Candidate Glenn Carlson, a small business owner, also had about $6,700 cash on hand, according to the reports, and candidate Michael Seeger, a Lakewood firefighter, had no cash and received a donation of signs worth about $2,800.

Skorman, a businessman, had about $31,000 on hand in mid-March and had drawn contributions from numerous notable names, including $5,000 from the Housing and Building Association’s committee, $1,000 from the Colorado Springs Firefighters Association Local #5, $5,000 from Nor’wood and $5,000 from Doug Stimple, CEO of Classic Homes. He also received $1,000 from the owner of Flying W Ranch and $2,000 from The O’Neil Group, the company behind the Catalyst Campus downtown.

His competitors, Art Glynn, a former Navy officer, had about $3,600 on hand, and Olivia Lupia, a performing artist and proofreader, had $1,400 on hand. Candidate Henry McCall had not filed any campaign finance reports.

In the race for southeast Colorado Springs, Avila was far outraising her competition Regina English, a business owner and nonprofit founder, with $23,000 on hand compared with English who had about $1,000.

Avila had received $2,000cq from Nor’wood and $1,000 from the local firefighters association.

Henjum, a political newcomer and executive coach, was beating her competition with nearly $20,000 on hand. She has also received $5,000 from the Housing and Building Association’s committee, $5,000 from Nor’wood and $2,000 from Kevin O’Neil, founder of the Catalyst Campus downtown.

Small business owner Mary Elizabeth Fabian had about $8,900 on hand and had received $2,000 from Erickson, a developer.

Realtor and property manager Justin Hermes promised not to take campaign contributions and his records show his efforts have been self-funded.

O’Malley, a U.S. Department of Transportation advisor, had received a large percentage of his campaign support from the development community: $5,000 from Nor’wood and $5,000 from the Housing and Building Association’s committee as of March 10. But he had not spent any money on his campaign between Feb. 25 and March 10.

The campaign finance records of his opponent, Garfield Johnson, appeared to be incomplete, and it did not say where his funding had come from. The Army veteran and teacher had about $6,800 on hand.

Mon Mar 29 , 2021
When the pandemic hit, many people finally decided to act on business ideas that had been percolating for months or years. Some were looking to keep busy while stuck at home during lockdowns; others were laid off and needed to create their own jobs. U.S. business formations increased by nearly […] 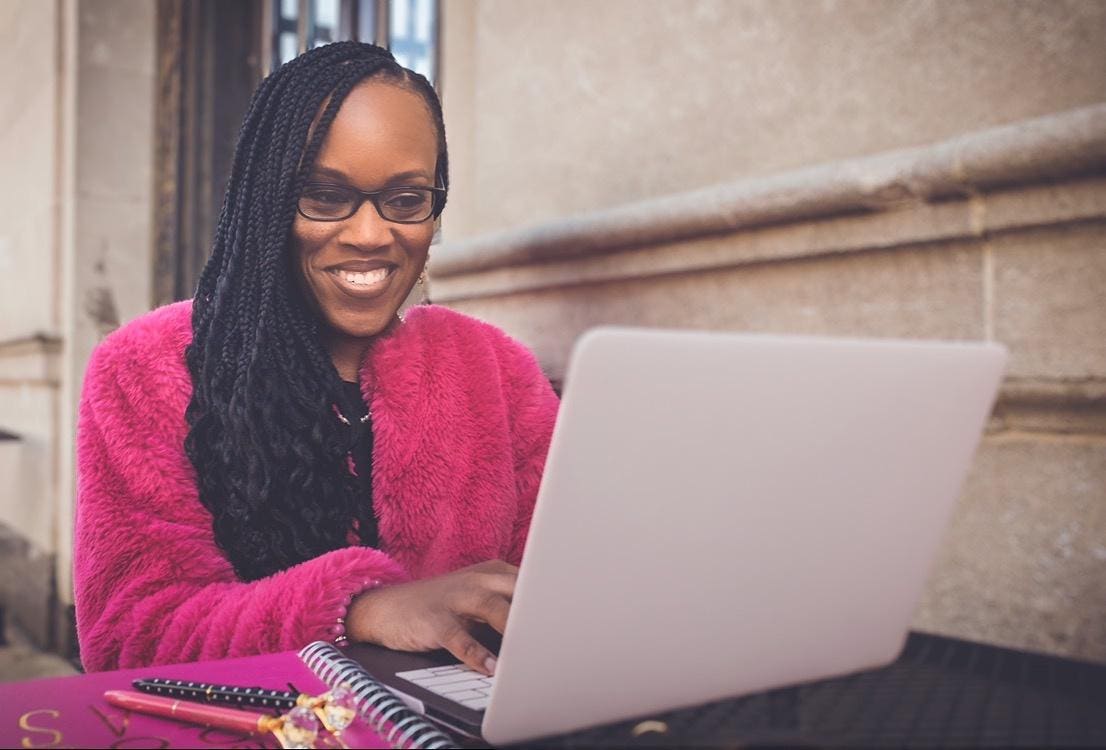