The Montenegro development takes place in Europe’s backyard. The mountainous nation of 600,000 is a member of NATO and is in line to join the European Union. That makes the country an especially valuable target, despite its small size, since China gains when it has ways to pressure countries that […]

The Montenegro development takes place in Europe’s backyard. The mountainous nation of 600,000 is a member of NATO and is in line to join the European Union. That makes the country an especially valuable target, despite its small size, since China gains when it has ways to pressure countries that are part of Western institutions. NATO is adapting its security strategy to respond to China’s rise as a geopolitical actor, and a major focus is Beijing’s control over significant elements of Europe’s infrastructure, such as railways and ports.

Montenegro’s first debt payments are due this summer. The $1 billion loan is nearly a fifth the size of the country’s entire economy. Montenegrin leaders say they won’t miss their loan payment this summer even if no E.U. aid is forthcoming. But European advocates of a bailout say that their neighbor is at risk of being financially captured by China at the same time democratic nations are talking in increasingly urgent terms about Chinese influence around the world, including the U.S. intelligence community in a report released this month.

“It would be completely irresponsible if the E.U. would just turn a blind eye and not do anything,” said Reinhard Bütikofer, a German member of the European Parliament who works on Chinese influence issues. “Why would we leave them alone in such a desperate hour?”

The loan was used to pay for the construction of part of a highway to neighboring Serbia. Although the road, which is also being built by a Beijing-owned company, is years behind schedule, China’s state development bank isn’t offering Montenegro a break on its repayment.

Montenegro, a country of ancient villages and vertiginous mountains that split from Serbia in 2006, has long suffered from poor roads and rail lines. Its leaders saw a better highway to neighboring Serbia as a ticket to rebooting its economy, which is heavily dependent on Russian tourists and investors.

But critics said the contract that Montenegro signed with China was padded with extra cash for corrupt officials and made the country far too dependent on a geopolitical actor that is increasingly a rival to democracies around the world.

“It’s very rare to have such an expensive highway,” said Montenegrin Finance Minister Milojko Spajic, part of a new government that came to office in December after sweeping away the party that had run the country since its independence. The Chinese contract, which is just for the first stretch of the highway, costs nearly $40 million per mile, and sorting out the debt payments has become a top priority for the country’s new leaders.

Montenegro’s economy has been battered by the pandemic. Tourists are staying away. The economy declined more than 15 percent in 2020, according to an estimate from the International Monetary Fund, although it is expected to partly recover this year.

Now the country wants to bolster its ties with the European Union and reduce its dependence on Russia and China. The economic move would help match its geopolitical ambitions: It joined NATO in 2017 and wants E.U. membership as soon as the bloc is willing to open up the club.

“Although in our politics we are looking west, our economy is looking east,” Spajic said. “It’s in our strategic interest to increase economic ties to the E.U.”

He said Montenegro is seeking European development funds to help build infrastructure. Refinancing the Chinese loan at a lower rate would be part of that assistance, he said.

Discussions have been ongoing for some time. Divisions broke into the open this week after the European Commission appeared to dismiss the request for aid, but a top ally to French President Emmanuel Macron said his country was seeking a way to extend help.

“Every country is free to establish their own investment objectives,” European Commission spokesman Peter Stano told reporters, noting that the E.U. already was the largest source of financial assistance to Montenegro. “We are not repaying the loans they are taking from third parties.”

E.U. officials and national leaders have left the door open to other forms of assistance.

“We are working with the European Commission to find E.U. support and to reduce dependence on China in the Balkans,” France’s Europe minister, Clément Beaune, wrote on Twitter last week. “This E.U. help should raise awareness of the mirage-like aid offered by our competitors.”

European officials said they wanted to help Montenegro but were searching for a palatable way to do so. Linking the aid to the loan too directly could be politically difficult, since many E.U. officials do not want to be in the position of effectively paying down a Chinese loan that E.U. leaders warned against in the first place. The officials spoke on the condition of anonymity to comment frankly about their internal considerations.

A failure to act could lead to dramatic consequences. The exact terms of Montenegro’s loan remain secret. But similar loans elsewhere have required collateral that includes land and infrastructure. When the Sri Lankan government failed in 2017 to keep up with payments on a Chinese-built and -financed port, it was pressured into turning over control of the facility to China for the next 99 years.

“It’s like a reverse Hong Kong, basically,” Bütikofer said. The concession gives China a strategic port not far from the southern coast of India, a rival.

China also has built ties directly into the European Union through its Belt and Road initiative, which tries to smooth the way for Chinese exports, and through other cooperation efforts that have poured Chinese development money into European infrastructure projects.

Beijing has set its sights on the Western Balkans in recent years, where the countries that once comprised Yugoslavia are in varying states of integration into the European Union. Montenegro’s neighbor Serbia has become a major destination for Chinese investment. The pandemic only exacerbated that tendency, especially after an E.U. export ban on masks, gowns and other medical equipment briefly cut off supplies at a critical early moment. Now China has offered its vaccines in a period when promised vaccine help from Europe has been slow to materialize.

“China has been filling any opening it felt it could,” said Vuk Vuksanovic, a researcher at the Belgrade Center for Security Policy, a Serbian think tank. “Local capitals were hungry for cash, particularly on big development issues like infrastructure. And the Chinese were willing to go places where Western institutions were not.”

Failure to help now could do lasting damage to European influence in the region, he said.

“The local capitals will all perceive it like this: ‘Brussels is more than willing to criticize us for cooperating with China, but it is not willing to provide concrete alternatives,’ ” Vuksanovic said. 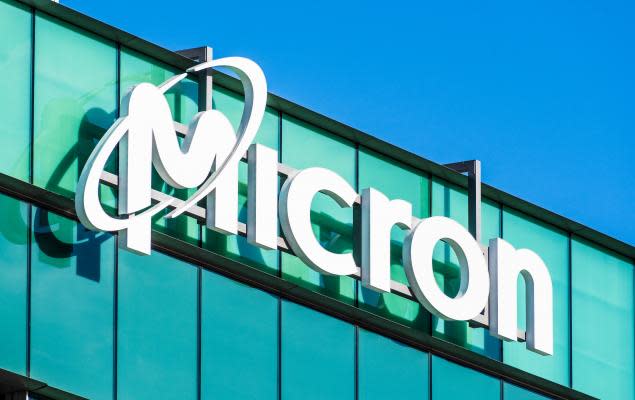